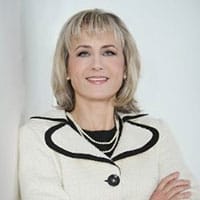 When I started attending networking groups, I sat in dread as my turn to give my 30 second commercial got nearer and nearer. What would I say? Should I say this? I said this last time, I should probably say something different. Then, before I knew it, it was my turn; and since I hadn’t decided what to say, all that came out of my mouth was a jumble of words. But, I had survived and was done until the next time. So every networking event consisted of dread and anxiety, followed by relief. Then, one day, excited anticipation had replaced my dread and anxiety.

What changed? I had discovered and met with Laura Templeton of 30 Second Success. Laura worked with me to identify the message I wanted to convey, provided a 30-second-commercial template, and helped me organize my thoughts into an interesting, identify-the-pain-point-and-take-action 30-second commercial. Today, at any networking event I attend, people come over to ask about my business and compliment me on my 30 second commercial. I tell them, “I owe it to Laura. You need to work with her and let her do her magic. Then, you’ll attract people who want to know what you do and how you came up with your 30-second commercial.

This site was carefully crafted by Expresso Design, LLC
This website uses cookies to improve your experience. We'll assume you're ok with this, but you can opt-out if you wish.Accept Read More
Privacy Policy