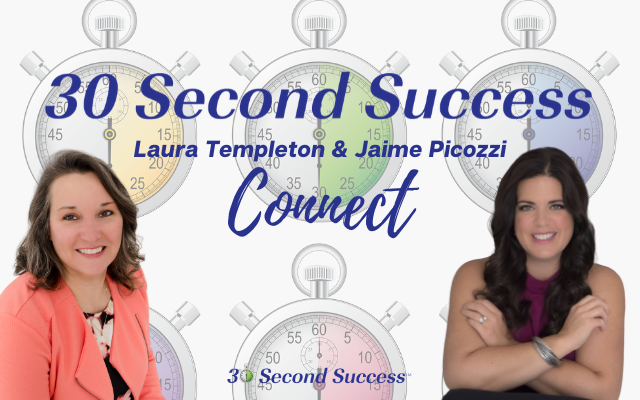 Jaime Picozzi, President of HumonTeq. HumonTeq is born of 20 years’ experience in the IT space. They look for the Techies that stand out, that help drive and shape change along with Organizations bold enough to fit them into their culture. HumonTeq offers custom solutions to staff augmentation and direct placement needs. Using technology, data, and the power of honest conversations they provide “Humons” that are the right fit for your role, your culture and the relationships you value.

Jaime and I connected after I had seen her do an interview with one of our friends. I was so impressed with Jaime’s deep understanding of network and connecting that I reached out to her through LinkedIn almost immediately. We had a great conversation and hit it off immediately and have since then had the pleasure of networking together, staying connected, and referring one another when opportunities present themselves.

When Jaime and I first met, she was with a different company. HumonTeq came about because of the impression she had made within her network. Jaime shares how she had expressed her desires to create a division within her company to tackle some of the issues and challenges of the industry. Along the way she got a tap on the shoulder from a gentleman who runs the Philadelphia Masterminds group she belongs to.

When he first approached the subject during another conversation, Jaime thought for certain that she was getting kicked out of the group. He proceeded to tell her that he knew of two individuals that were interested in starting a staffing company and provide the capital to get it up and running, they just needed the right person to run it. She shares the story about meeting them and asking them why, who does this for someone? The answer, plain and simple, we’ve been successful, and we just want to give back.

The power of networking has led to some incredible connections. Jaime is just one of those people that everyone knows. I have met a number of people who have asked me if I know Jaime, because everyone needs to know Jaime. Jaime shares how important networking is to her success and always has been. Jaime doesn’t like cold-calling, networking has to be the way for her to get in front of new clients and meeting new friends, acquaintances, colleagues.

Jersey Man/Philly Man is a group Jaime speaks very highly of. In fact she is an ambassador for the group. She is vested in helping the group grow, this is her way of giving back because of the support she has received from the members of the group.  She contributes a good deal of her success to this group and her mastermind group, sharing that the members of these groups have been there for her when it matters most.

Jaime looks forward to networking and connecting with friends,she says networking has become a fun social event. She shares that her husband is the best networking wingman ever. He’s 6’ 5” tall, so she can’t lose him in a crowded room. He makes it easy for people to find her too, they know she is usually by his side. She shares that networking can be exhausting even when you love it, so being in a room full of people who know you and trust that you are there for them as much as they are for you makes it a lot easier.

The personal side of networking has deep meaning for Jaime. When someone has enough awareness to sense when something is off, speaks volumes about the connections that networking and spending time together creates. Networking has changes everything. She shares how easy it is to have conversations with friends and close acquaintances about struggles you might be having and receiving the support you need to keep going.

Philadelphia Mastermind is a handpicked industry specific group that builds off one another when it comes to sales and leads. Masterminds have helped her through some tough times to help her keep going. Being in a space where you can truly share and ask for help has benefited everyone. People rally together to help one another move forward and not only does the group thrive, but their connections benefit as well.

There’s a lot to be said when you have people invested in helping you grow. The idea that people are handpicked to be together and support one another. It truly is a unique opportunity to help one another out. The health of the group is just as important, and everyone can contribute and help each other. The approach of giving and serving one another is the true focus of a mastermind, when one member succeeds everyone succeed.

Preferring in-person networking, Jaime still finds virtual networking a challenge. She likes the in-person connection that happens when she can speak to people one on one. She likes to be able to read people and the ability to moving from conversation to conversation, she feels that much gets lost in translation online. Reaching out to some of the experts she trust in the virtual space has helped her gain a better understanding of connecting, especially with one on one video chats verses on the phone, has helped her get better at connecting and it is still a work in progress.

Interestingly Jaime has recognized that her personal sales process in much more comfortable in person. She shares that she has an easier time with sales conversations and “the close” when she talks with people n person than when on the phone. There’s just something different being with people, it’s the energy in the room and the ques we receive from other people. Being able to read body language has a big impact on where you want the conversation to go, this isn’t so easy over the phone.

Jaime has a deep understand and appreciation for the “humons” in her life, from the people in her network and her mastermind to the Techies and Organizations she connects. Attributing much of her success to the power of networking, Jaime leads with her heart, and shares her passion for networking, masterminds, and the people she spends time with.

This site was carefully crafted by Expresso Design, LLC
This website uses cookies to improve your experience. We'll assume you're ok with this, but you can opt-out if you wish.Accept Read More
Privacy Policy